Why do some people succeed while others fail? I’m sure everyone has an opinion about what factors determine who gets far in life. Professor Angela Duckworth thinks its Grit.

Grit is defined as “perseverance and passion for long-term goals.” [2] Building upon biographical collections of famous leaders in history, researchers and scientists have reached similar conclusions about high achieving individuals. Specifically, those individuals who were deemed more successful and influential than their contemporary counterparts typically possessed traits above and beyond that of normal ability.[3][4][5] While ability was still critically important, these individuals also possessed “zeal” and “persistence of motive and effort.”[2] Duckworth and colleagues (2007) believe this dual-component of Grit to be a crucial differentiator from similar constructs. Grit is conceptualized as a stable trait that does not require immediate positive feedback.[2] Individuals high in Grit are able to maintain their determination and motivation over long periods despite experiences with failure and adversity. Their passion and commitment towards the long-term objective is the overriding factor that provides the stamina required to “stay the course” amid challenges and set-backs. Essentially, the Grittier person is focused on winning the marathon, not the sprint.

Talk a look at Dr. Duckworth’s TED Talk (6:14). Do you agree with her that grit matters? What about IQ? EQ? Luck? Which do you think matters more in your own experience? Tweet your response with #TOKQUESTION

More Grit after the break 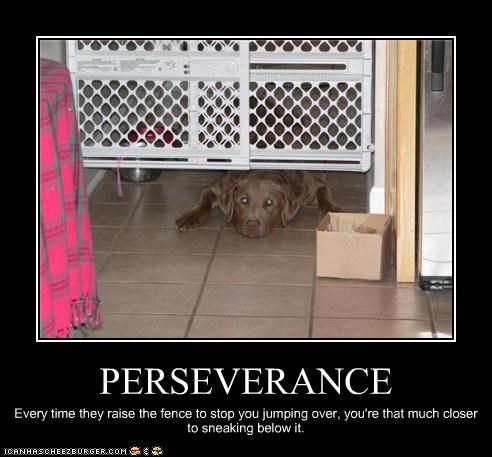